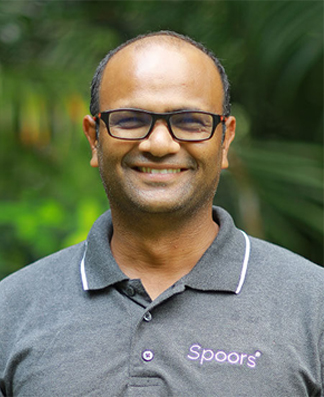 YK has a knack for pulling the rat out of the hole. Sometimes you don’t even realize there’s a rat.
He has a step by step procedure that will find the underlying cause and point your actions in the right direction!

As a company, a few years down the journey we realized that we weren’t happy, even though we have hit good milestones. The morale was low, not just amongst the employees but also in the upper-level management and we were not sure why. We also knew that to hit our targets we need to get the people part of the business right so we started doing some research and one of my co-founders found YK to be a good fit for us.
There are two major areas of transformation that we got through YK
As leadership we did not focus on being futuristic or strategy, we were not organized. We wanted to get a process in place and start monitoring progress, right. And that’s where The NBA framework really helped us to look at all dimensions of an organization whether it comes to people processes or sales or marketing. It helped us specifically, focus on each dimension and have a specific owner whose strengths can be utilized. To date, we still refer to the NBA framework to track and measure progress.
One would be strength finding. The tools YK used has helped us realize the strengths of the team members and their weaknesses. This helped us identify who is doing something that they are not strong at. Then we began filling these gaps with the team that we have.
This had also led us to realize that one of the reasons why people weren’t happy was because a large portion of their job included them doing something that they weren’t good at. So, the gap identification is one of the biggest wins which we wouldn’t have found if we had not engaged YK.
We also got rid of the availability bias. Rather than recruiting people if we feel they would be interested, we started recruiting people who would fill the gap.
I have definitely seen a few lead indicators. The first one is, we are happy. People are doing the jobs that they like. The second one is, we have streamlined ourselves. The next tier of management after the top tier have stepped up. The third one is I realized that I have a strength of coaching/training people which I had stopped, but now I have started doing it again and the result-oriented attitude is starting to show in the people.